To share your memory on the wall of Brenda Nixon, sign in using one of the following options:

All services will be held in the chapel of the Fears Family Funeral Home, on Wednesday, December 4, 2019. Visitation will be from 10:00 am – 12:00 pm. Brenda’s funeral service will immediately follow, beginning at 12:00 pm; Jon Fears, officiating. Burial will follow in the Oxford Cemetery, in Izard County.

To send flowers to the family or plant a tree in memory of Brenda Joyce Nixon (Wright), please visit our Heartfelt Sympathies Store.

We encourage you to share your most beloved memories of Brenda here, so that the family and other loved ones can always see it. You can upload cherished photographs, or share your favorite stories, and can even comment on those shared by others. Posted Dec 03, 2019 at 02:57pm
Mary & Eddie - We are so sorry for the loss of your beloved mom. Prayers for peace & comfort. Blessed are they that mourn for they shall be comforted

Flowers were purchased for the family of Brenda Nixon. Send Flowers

Posted Dec 02, 2019 at 09:14pm
I'm so sorry for your loss.. she was such an amazing women. She had me call her Granny like I was family. I was honored for that opportunity.. love all you, Amanda Gosser, Mountain View Ar
Comment Share
Share via:
M

Amanda she loved everyone she was a sweet lady 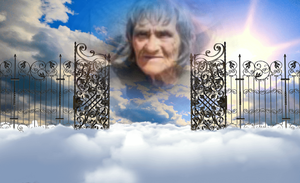