To share your memory on the wall of London Broadway, sign in using one of the following options:

Print
London D. Broadway went to be with his Lord in heaven, on Sunday, September 29, 2019. He was 81 years young. London was born in Pocahontas, Arkansas, on September 18, 1938, to Clyde and Pearl Victoria Marie White Broadway.

London was a... Read More
London D. Broadway went to be with his Lord in heaven, on Sunday, September 29, 2019. He was 81 years young. London was born in Pocahontas, Arkansas, on September 18, 1938, to Clyde and Pearl Victoria Marie White Broadway.

London was a prominent business man in Pocahontas and surrounding towns for approximately fifty years. He served on the Pocahontas City Council from 1983 to 1988. London built fences, owned and operated Broadway Nursery, and beautified the local area with rock pathways, creeks, and waterfalls. He loved landscaping and being outdoors.

All services will be held in the chapel of the Fears Family Funeral Home, in Pocahontas. Visitation will be from 5:00 pm – 7:00 pm, on Tuesday, October 1, 2019. London’s funeral service will begin at 10:00 am, on Wednesday, October 2, 2019; Carl Massey, officiating. Burial will immediately follow in the Masonic Cemetery, in Pocahontas.

To send flowers to the family or plant a tree in memory of London Duel Broadway, please visit our Heartfelt Sympathies Store.

Receive notifications about information and event scheduling for London

We encourage you to share your most beloved memories of London here, so that the family and other loved ones can always see it. You can upload cherished photographs, or share your favorite stories, and can even comment on those shared by others.

Flowers were purchased for the family of London Broadway. Send Flowers 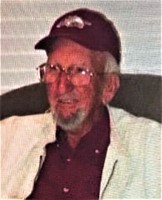