To share your memory on the wall of Marion Ward, sign in using one of the following options:

Provide comfort for the family of Marion Ward with a meaningful gesture of sympathy.

Pauletta was a loving wife, mother, daughter, sister, aunt, grandmother, great grandmother, cousin, neighbor, and friend. She was a member of the First Free Will Baptist Church, in Pocahontas.

All services for Marion Pauletta Ward will be held in the chapel of the Fears Family Funeral Home, in Pocahontas, Arkansas, on Sunday, March 1, 2020. Visitation will be from 1:00 pm – 2:00 pm. Pauletta’s funeral service will immediately follow, beginning at 2:00 pm; Nelson Henderson, officiating. Burial will follow in the Jarrett Cemetery, near Maynard.

To send flowers to the family or plant a tree in memory of Marion Pauletta Ward (Pratt), please visit our Heartfelt Sympathies Store.

Receive notifications about information and event scheduling for Marion

We encourage you to share your most beloved memories of Marion here, so that the family and other loved ones can always see it. You can upload cherished photographs, or share your favorite stories, and can even comment on those shared by others.

The Starbucks & Stampers, Heather Hoggard, and others have sent flowers to the family of Marion Pauletta Ward (Pratt).
Show you care by sending flowers

Posted Feb 29, 2020 at 03:02pm
Robin and Whitney, We are keeping you and all of the family in our thoughts and prayers. We are so very sorry for your loss. Sending all of our love.

Flowers were purchased for the family of Marion Ward. Send Flowers

The Starbucks & Stampers purchased flowers for the family of Marion Ward. Send Flowers

Posted Feb 29, 2020 at 12:52pm
Keeping you in our thoughts and prayers during this difficult time. Love Natalie and Heather

Posted Feb 29, 2020 at 12:42pm
Please accept our most heartfelt sympathies for your lossour thoughts are with you and your family during this difficult time.

Scott and Karen Beckett purchased flowers and planted a memorial tree for the family of Marion Ward. Send Flowers 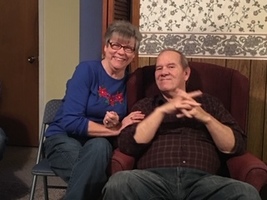 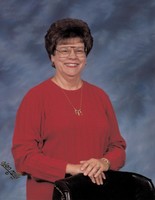