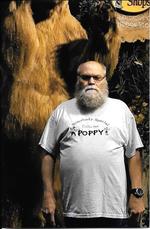 Steven was a loving husband, father, son, brother, grandfather, brother-in-law, son-in-law, uncle, neighbor, and friend. He was a member of the First Free Will Baptist Church, in Pocahontas.

All services will be held in the chapel of the Fears Family Funeral Home, in Pocahontas, Arkansas. Visitation will be from 6:00 pm – 8:00 pm, on Thursday, March 12, 2020. Steven’s funeral service will begin at 3:00 pm, on Friday, March 13, 2020; Nelson Henderson, officiating. Burial will follow in the Randolph Memorial Gardens Cemetery, in Pocahontas.