To share your memory on the wall of Alice Lillian Snow, sign in using one of the following options:

Lillian married Howard “Joe” Snow on November 1, 1950. They had one daughter and three sons. She was a hard worker, who grew up working in the cotton fields. Lillian also worked at Dalton School, Randolph County Library, ProGroup, and was an election official. She was a faithful blood donor, having donated over five gallons of blood during her lifetime. Lillian was also a member of the Pocahontas Missionary Baptist Church.

Lillian was preceded in death by her parents, William and Willie Heral; her husband Howard, on February 24, 1997: her daughter, Marilyn McReynolds, on July 6, 1996; and her son, Tim, on December 10, 2010. Also preceding her in death were her brothers Delbert, Ray, Cecil, and Glen Heral, and sisters Wanda Bode and Maxine Lance.

Lillian is survived by two sons Jon (Pam) Snow of Maynard and Thomas of Huntsville, Alabama; daughter in law Margaret Snow of Jonesboro; Eleven grandchildren, Andrea, Ashlee, Katrina, Erika, Kyle, Stormy, Joseph, Anastasia, Andrea, Stephanie, and Nick whom she helped care for any time she could; eleven great-grandchildren; and one great-great-granddaughter. Lillian is also survived by one sister, Mary Hibbard, of Walnut Ridge.

In lieu of flowers, the family asks to consider donations to the Snow Cemetery.

COVID-19 restrictions are in effect. Those attending must follow the directives issued by the Governor of Arkansas that include, but are not limited to, the following: wearing a face covering, signing the contact registry, and maintaining social distance.
Read Less

To send flowers to the family or plant a tree in memory of Alice Lillian Snow, please visit our Heartfelt Sympathies Store.

Receive notifications about information and event scheduling for Alice Lillian

We encourage you to share your most beloved memories of Alice Lillian here, so that the family and other loved ones can always see it. You can upload cherished photographs, or share your favorite stories, and can even comment on those shared by others.

your coworkers and friends at Kinder Morgan sent flowers to the family of Alice Lillian Snow.
Show you care by sending flowers

We knew Lillian through the Snow Family Reunions (the attached photo is of her at the 2014 Snow Reunion at the home of Glenna Snow Mosier and her late husband Jim Mosier) and through Lillian's faithful support of the Snow Cemetery (located between Walnut Ridge and Pocahontas on Lawrence 416, formerly the County Line Road).

We appreciate that the family has asked that Lillian be remembered through donations to support the Snow Cemetery. Donations may be sent to the Snow Cemetery Association, c/o Glenna Snow Mosier, 3977 Highway 117, Powhatan, AR 72458-8506.

May the memories of this gentle lady be a continued blessing and may God console her loved ones in their loss. 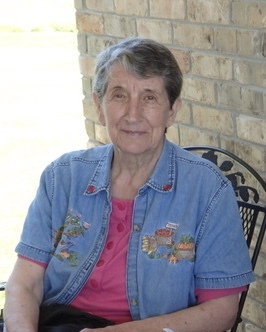 your coworkers and friends at Kinder Morgan

your coworkers and friends at Kinder Morgan purchased flowers for the family of Alice Lillian Snow. Send Flowers 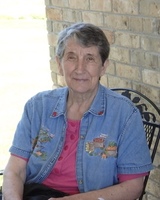