To share your memory on the wall of Carlton \"Carl\" Cates, sign in using one of the following options:

Print
Carlton “Carl” Duane Cates, 76, of Maynard, Arkansas, passed away at the Saline Memorial Hospital, in Benton, on Saturday, September 5, 2020. Carl was born on Wednesday, May 31, 1944, in Maynard, to Tommy and Irene Buckley Cates.

Car... Read More
Carlton “Carl” Duane Cates, 76, of Maynard, Arkansas, passed away at the Saline Memorial Hospital, in Benton, on Saturday, September 5, 2020. Carl was born on Wednesday, May 31, 1944, in Maynard, to Tommy and Irene Buckley Cates.

Carl was a loving husband, son, father, brother, grandfather, great-grandfather, neighbor, and friend. He was also a member of the Skaggs Church of Christ, in Pocahontas.

Carl is preceded in death by his parents, Tommy and Irene Buckley Cates; and one brother, Henry Cates.

All services for Carl will be held in the chapel of the Fears Family Funeral Home, in Pocahontas, Arkansas, on Wednesday, September 9, 2020. Visitation will be from 4:00 pm – 6:00 pm. Carl’s funeral service will immediately follow, beginning at 6:00 pm.

Cremation has been chosen as the method of final disposition and the cremation process will be initiated at the conclusion of all services.

COVID-19 restrictions are in effect. Those attending must follow the directives issued by the Governor of Arkansas that include, but are not limited to, the following: wearing a face covering, signing the contact registry, and maintaining social distancing at all times.
Read Less

To send flowers to the family or plant a tree in memory of Carlton "Carl" Duane Cates, please visit our Heartfelt Sympathies Store.

Receive notifications about information and event scheduling for Carlton "Carl"

We encourage you to share your most beloved memories of Carlton "Carl" here, so that the family and other loved ones can always see it. You can upload cherished photographs, or share your favorite stories, and can even comment on those shared by others.

Mandy Marinko and David and Sneh Wood sent flowers to the family of Carlton "Carl" Duane Cates.
Show you care by sending flowers

Posted Sep 08, 2020 at 09:20pm
Uncle Carl, Thank You for everything you did for me, Memorials for my grandmother, my mother and my honey. THANK You for loving and caring so much for my wonderful Aunt Nell. I love you and will miss you very much. Sincere Condolences to the family and friends. Love Vivian
Comment Share
Share via:
MM 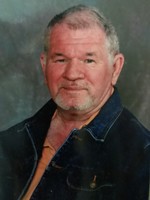