To share your memory on the wall of Dickey Clements, sign in using one of the following options:

Print
Dickey Wayne Clements, 69, of Ravenden, Arkansas, passed away on Tuesday, April 7, 2020. Dickey was born on February 16, 1951, in Harrisburg, Arkansas, to Childers and Vera Knight Clements.

Dickey was a proud veteran of the United State... Read More
Dickey Wayne Clements, 69, of Ravenden, Arkansas, passed away on Tuesday, April 7, 2020. Dickey was born on February 16, 1951, in Harrisburg, Arkansas, to Childers and Vera Knight Clements.

Dickey was a proud veteran of the United States Army, and of the Baptist faith.

Dickey is preceded in death by his parents, Childers and Vera Knight Clements; brothers, Gary and Charles Clements; and sisters, Polly Smakowski and Janet Clements.

Dickey is survived by his son, Curtis (Brooke) Clements, of Chanhassen, Minnesota; sister, Barbara Rand, of Paragould; grandchildren, Lia Clements and Nathaniel Clements; and many nieces and nephews.

A graveside funeral service will begin at 11:00 am, on Thursday, April 9, 2020, at the Friendship Cemetery, near Ravenden; Butch Dail, officiating.

To send flowers to the family or plant a tree in memory of Dickey Wayne Clements, please visit our Heartfelt Sympathies Store.

Receive notifications about information and event scheduling for Dickey

We encourage you to share your most beloved memories of Dickey here, so that the family and other loved ones can always see it. You can upload cherished photographs, or share your favorite stories, and can even comment on those shared by others. 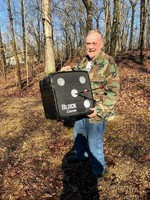