To share your memory on the wall of Elvin \"E.R.\" Rapert, sign in using one of the following options:

Provide comfort for the family by sending flowers or planting a tree in memory of Elvin "E.R." Rapert

Provide comfort for the family by sending flowers or planting a tree in memory of Elvin "E.R." Rapert

Print
Elvin Ryburn Rapert, of Maynard, Arkansas, passed away at the Randolph County Nursing Home, on Wednesday, August 5, 2020. Elvin was born on September 20, 1926, in Supply, Arkansas, to Normal and Bonnie Duff Rapert.

On December 10, 1950, ... Read More
Elvin Ryburn Rapert, of Maynard, Arkansas, passed away at the Randolph County Nursing Home, on Wednesday, August 5, 2020. Elvin was born on September 20, 1926, in Supply, Arkansas, to Normal and Bonnie Duff Rapert.

On December 10, 1950, Ryburn married Vida Mae Vester, with whom he raised three children. Ryburn served in the United States Army during the Korean War. Later he served as a rural letter carrier for forty-two years, was co-owner of Rapert’s Grocery for eighteen years, served two terms on the Maynard School Board, and raised cattle for most of his life, having retired at eighty-one years of age. Ryburn was also a deacon in the Mount Pleasant Baptist Church, in Supply.

Ryburn’s visitation will be on Saturday, August 8, 2020, from 6:00 pm – 8:00 pm in the chapel of Fears Family Funeral Home. Ryburn’s funeral service will be held at the Mount Pleasant Baptist Church, in Pitman, Arkansas on Sunday, August 9, 2020 at 2:00 pm; Jason Rapert and Mike Bradley, officiating. Burial will follow in the Pitman Cemetary.

Due to COVID-19 directives, issued by the Governor of Arkansas specifically for funeral services, the following will be required in order to attend the visitation and/or funeral service: wearing of a face mask, signing the contact registry, and maintaining all social distancing requirements.
Read Less

To send flowers to the family or plant a tree in memory of Elvin "E.R." Ryburn Rapert, please visit our Heartfelt Sympathies Store.

Receive notifications about information and event scheduling for Elvin "E.R."

We encourage you to share your most beloved memories of Elvin "E.R." here, so that the family and other loved ones can always see it. You can upload cherished photographs, or share your favorite stories, and can even comment on those shared by others.

Posted Aug 08, 2020 at 02:42am
I remember all the times at the store will my grandma working there and us visiting after school with Tammys mom and dad. It was nice to get to spend time with family .
Comment Share
Share via:
HS

Flowers were purchased for the family of Elvin "E.R." Rapert. Send Flowers

Posted Aug 06, 2020 at 11:32pm
Loved how he called me Sug( short for sugar) he did this with all the girls. A wonderful man that will be missed by so many. Your neice, Ginger Rapert Foust
Comment Share
Share via: 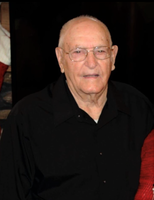