To share your memory on the wall of Luther Clay, sign in using one of the following options:

Leon was born in Pocahontas, Arkansas on March 14th of the year 1942 to his parents Luther Van and... Read More
Luther "Leon" Clay passed away peacefully at the age of 78 on Thursday, June 4th at Flo & Phil Jones Hospice House in Jonesboro, Arkansas.

Leon was born in Pocahontas, Arkansas on March 14th of the year 1942 to his parents Luther Van and Dorra Dauck Mildred Clay.

Leon proudly served in the United States Army and was a Vietnam veteran. He is best remembered for his sense of humor, playful personality, and his loving nature toward all members of his family. He was a great father, husband, son, grandfather, great-grandfather, brother, uncle, neighbor, and friend and he will be missed dearly.

Cremation has been chosen as the method of final disposition and the funeral service will be held for friends and family members on Friday, June 12th at 2:00 pm.
Read Less

To send flowers to the family or plant a tree in memory of Luther Leon Clay, please visit our Heartfelt Sympathies Store.

Receive notifications about information and event scheduling for Luther

We encourage you to share your most beloved memories of Luther here, so that the family and other loved ones can always see it. You can upload cherished photographs, or share your favorite stories, and can even comment on those shared by others.

Posted Jun 09, 2020 at 01:05pm
So sorry for your loss. May God comfort and console you as only He can do. Prayers for the family.
Comment Share
Share via: 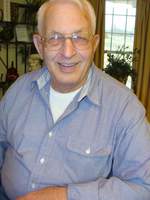