To share your memory on the wall of Urie Jones, sign in using one of the following options:

Print
Urie James “Cicero” Jones, 83 of Biggers, Arkansas went to his final home on Saturday, August 22, 2020, with his wife and daughters at his bedside. Cicero was born Monday, February 8, 1937 in Success, Arkansas, to Henry and Laura Jones.

Urie James “Cicero” Jones, 83 of Biggers, Arkansas went to his final home on Saturday, August 22, 2020, with his wife and daughters at his bedside. Cicero was born Monday, February 8, 1937 in Success, Arkansas, to Henry and Laura Jones.

Cicero was a member of the Supply Apostolic Church, where he loved his church family, singing, and playing his guitar for the Lord. Cicero was known around this area as the “best duck caller there ever was.” Cicero was a legend and has been known to tell many stories about his duck hunting moments. Cicero also loved to fish, squirrel hunt, and make people laugh.

Cicero retired from the Pocahontas Police Department where he met many friends, and was an umpire at the softball fields in Pocahontas for several years.

Cicero is preceded in death by his parents, Henry and Laura Jones; one sister, Vonda Blankenship; two brothers, Lee Jones and Javon Jones; and one niece, that he loved dearly, Patricia Kay Simkins.

Cicero is survived by his wife of 63 years, Shelby Venson Jones, whom he said was his rock.

All services will be held in the chapel of Fears Family Funeral Home. A visitation will be held on Tuesday, August 25, from 5:00 pm – 8:00 pm. Cicero’s funeral service will be held Wednesday, August 26, 2020 at 2:00 pm; Gary Tribble and Bill Settles. Burial will follow at Hite Cemetery.
Read Less

To send flowers to the family or plant a tree in memory of Urie James "Cicero" Jones, please visit our Heartfelt Sympathies Store.

Receive notifications about information and event scheduling for Urie

We encourage you to share your most beloved memories of Urie here, so that the family and other loved ones can always see it. You can upload cherished photographs, or share your favorite stories, and can even comment on those shared by others.

Posted Aug 26, 2020 at 08:04am
Sending our love, condolences & prayers to you all in this difficult time, Kelly & Rilee Morgan, Heath & Dylan Morgan, and Karen (Morgan) Hunnicutt

Flowers were purchased for the family of Urie Jones. Send Flowers

Posted Aug 25, 2020 at 03:38pm
THANK YOU FOR YOUR SERVICE, SIR. Our condolences to the family of "Cicero" Jones. - Pocahontas Police Department
Comment Share
Share via:
MJ

Posted Aug 25, 2020 at 09:37am
So many happy memories of Cicero all through the years. He was loved and respected by all who was blessed to have him in their lives. My love and prayers for God’s comfort and peace. His legacy lives on in his Family!
Comment Share
Share via:
SW 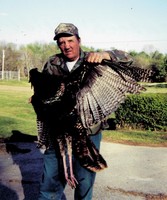