To share your memory on the wall of Melissa Wheeless, sign in using one of the following options:

Provide comfort for the family of Melissa Wheeless with a meaningful gesture of sympathy.

On June 18, 1983, Melissa married the love of her life, Richard Duane Wheeless. She was a loving wife, mother, sister, daughter, grandmother, aunt, cousin, neighbor, and friend.

Cremation has been chosen as the method of final disposition; family scheduling services at a later date.
Online condolences may be sent by visiting fearsfamilyfuneralhome.com
Read Less

To send flowers to the family or plant a tree in memory of Melissa Ann Cummins Wheeless, please visit our Heartfelt Sympathies Store.

Receive notifications about information and event scheduling for Melissa

There are no events scheduled. You can still show your support by sending flowers directly to the family, or planting a memorial tree in memory of Melissa Ann Cummins Wheeless.
Visit the Heartfelt Sympathies Store

We encourage you to share your most beloved memories of Melissa here, so that the family and other loved ones can always see it. You can upload cherished photographs, or share your favorite stories, and can even comment on those shared by others.

Posted Sep 06, 2019 at 12:00am
I am thinking about you and sending my love. I hope your memories give you peace and comfort. You will be in my prayers during this difficult time. Much Love, ~Your cuz, Karen
Comment Share
Share via: 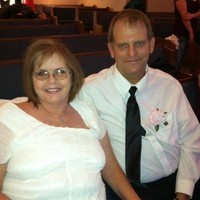